Three of the 2018 Best Luxury Tourbillon Watches For Men

For the tourbillon watch, I believe that most people should know the complex functions of the watch when they contact the watch at the first time. Its unique operation mode has already brought the dynamic artistic beauty of the watch to its peak. Perhaps the tourbillon is not so important for the pursuit of precise working, but its iconic appearance is still very popular among watch lovers. Below, I will bring Three of the 2018 Best Luxury Tourbillon Watches For Men, including Audemars Piguet Royal Oak Concept Flying Tourbillon GMT 44MM Wristwatch 26589IO.OO.D002CA.01, Girard Perregaux Neo-Tourbillon Three Bridges Automatic Skeleton Men’s Watch 99295-21-000-BA6A, and The Richard Mille RM 53-01 Tourbillon Pablo Mac Donough Mechanical Limited Edition Watch, just have a profound understanding which you are interested with. 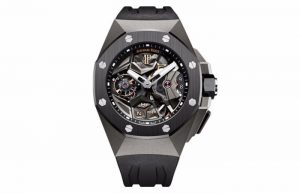 The Royal Oak Concept series GMT watch launched by Audemars Piguet at this year’s SIHH is equipped with a floating tourbillon for the first time, with a new movement and dial design. The watch features a 44mm sandblasted titanium case and a black ceramic bezel. The modern multi-faceted dial is made of sandblasted titanium metal with rose gold parts. The second time zone is displayed at 3 o’clock. The “H, N, R” at 6 o’clock is the crown function selection display. The floating tourbillon at 9 o’clock, without the cross bridge, its 60-second lap likes a magical show. The watch is powered by Audemars Piguet’s new hand-wound self-contained 2954 movement with a minimum of 10 days of power reserve. 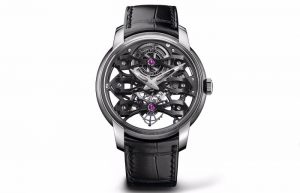 Girard Perregaux’s most recognizable Three Bridges tourbillon watch launched its first hollow tourbillon watch this year. With a 45 mm titanium case, curved lines and extra large mirrors, the interior movement is visible from the front. Unlike the traditional Girard Perregaux’s traditional Three Golden Bridges tourbillon watch, the Three Bridges are made of frosted grey metal with a matte finish. The shape is also non-flat and arched. The multi-curve and the cut surface bring together unparalleled visual effects, just like a cable in general. The tourbillon is located below the pointer. The GP09400-0011 self-winding movement is equipped with a power reserve of at least 60 hours. 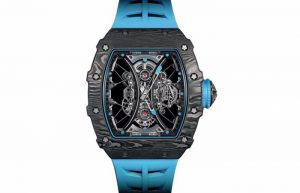 Richard Mill’s new tourbillon watch, perhaps the real amazing thing about this watch is not the tourbillon, but its material and stable structure, making this watch even under the deepest polo sport can still able to maintain accurate travel time without fearing of any harm. The watch is made of carbon fiber and bulletproof grade, the unique suspension type movement consists of two separate structures, one is the floor fixed to the case while the other is the “central” base plate, which is fixed by steel. The advantage of this movement is shock absorption, providing the best impact protection.

Summary: The tourbillon function can be said to be one of the most well-known functions in the watch industry. We may not care so much about its actual function, but it is still the benchmark function of a watch.

The Mechanical Beauty Around Your Wrist, Three Best...

Here’s What You Need to Know About Audemars...