On the ultra-thin road, there is no thinnest, only thinner. But to be thin, in addition to sacrificing the strength of the part, starting from weakening the thickness of the part, if you want to be thinner, you must have a rule-breaking idea. Audemars Piguet’s 2018 masterpiece Royal Oak  RD#2 ultra-thin perpetual calendar Concept watch, began mass production in 2019, officially listed, becoming the focus of numerous watch collectors.

In 1978, Audemars Piguet launched the world’s thinnest self-winding perpetual calendar watch, equipped with the 2120 movement released in 1967, the thickness is only 3.95mm, which became the hegemon at that time;

However, the RD #2 concept watch, which was launched in 2018, contains 5133 automatic chain-up machine core with a thickness of only 2.89mm and a thickness of 6.30mm. It takes five years for the brand to develop, and became the focus of watch enthusiasts at last year’s SIHH venue. 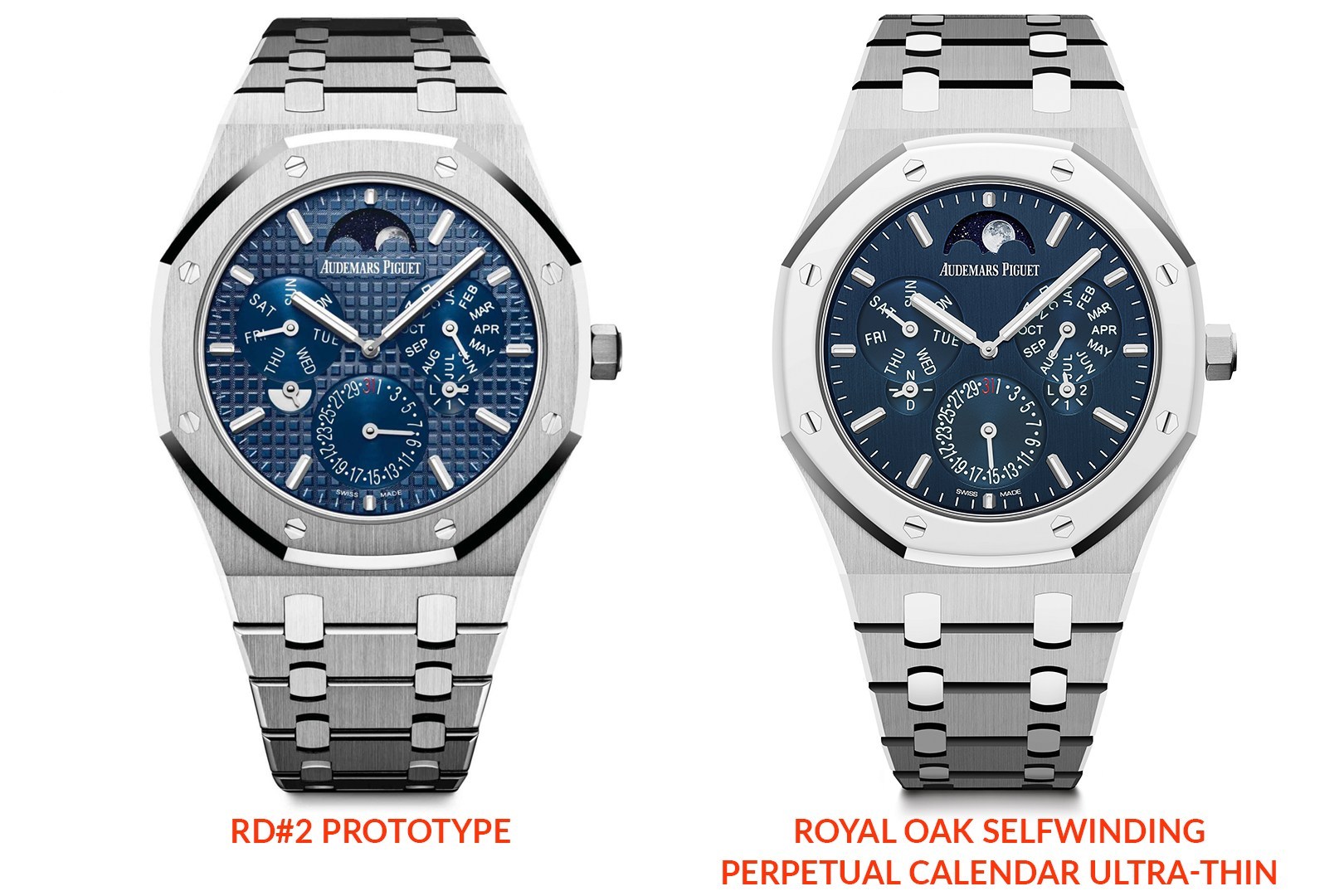 A year later, with the appearance of the Royal Oak’s ultra-thin perpetual calendar automatic winding watch, it was announced that it successfully conquered the vision of the original painting. The design of the Royal Oak Super Thin Calendar Automatic Winding Watch (model: 26586IP.OO.1240IP.01) was changed based on RD#2 published in 2018. RD#2 is made of 950 platinum. The Royal Oak ultra-thin perpetual calendar self-winding watch is made of titanium and 950 platinum. The dial replaces the “Grande Tapisserie” of RD # 2 with a blue satin finish.

But how to accommodate 256 parts in a space with a diameter of 41mm x 6.3mm and make a perpetual calendar movement that can display week, date, moon phase, month, leap year, day, night, hour and minute? Audemars Piguet’s solution is to redesign the perpetual calendar device that normally requires a three-layer structure to be fully configured in one layer of structure, which is very difficult to design or make. The 5133 self-winding ultra-thin machine of this watch is also only 2.89mm thick.

Compared with the previous Royal Oak Perpetual Calendar, the new sub-dial size has been slightly enlarged and the legibility is improved. The case, surface, and bezel are alternately polished and satin-brushed for two different finishes, giving the contrast of smooth and matte finish. 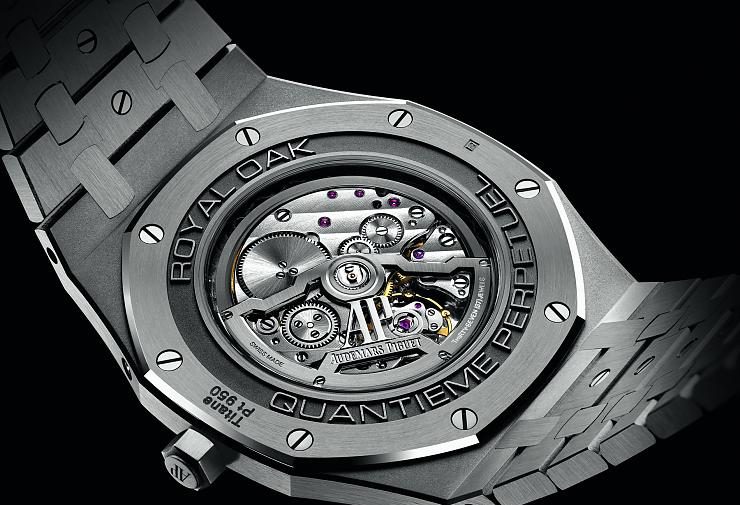 Although the production version lacks the large-scale plaque of the iconic “Grande Tapisserie” on the dial, the old watch fans may be a little lost, but replaced with lighter titanium and 950 platinum, more mature and modern, ultra-thin, Still quite a tempting choice. As soon as the watch was listed, it instantly caused a heated discussion among the watch fans.

Audemars Piguet has been developed high end craftsmanship and superior performance to build its top brand image since it was established by Jules-Louis Audemars and Edw    ard-Auguste Piguet in Le Brassus, Switzerland in 1875. Audemars Piguet inherits and develops Swiss traditional craftsmanship, and it pours innovative concepts into watchmaking.

Everyone has their own aesthetic, and they would have different choices and tendencies at different stages of life. So a person may have a few watches in their lifetime. But the real luxury watches are too expensive for most ordinary people, so there is a need for fake watches. This replica Audemars Piguet Royal Oak watch I’m about to introduce will give you a new choice.

When it comes to Audemars Piguet, we have to say the classic Royal Oak series which shook the watch industry when it was launched in 1972. The Royal Oak broke the tradition of the round and square design of wristwatch, the unique octagonal shape has distinct characteristics. The combination of the manful style and the black leather strap is just right, with elegance and fortitude. And the contrast color of the white line and the black leather of the strap makes it more beautiful.

Blue symbolizes purity, tranquility, and mystery and people always associate it with the sea. This watch with blue Grande Tapisserie dial can not only show men’s temperament but also easily get most people’s attention. The white baton hour scales and hands, as well as the white date window at 3 o’clock, are conspicuous to make it easier to see the time. The see-through case back satisfies people’s curiosity about mechanical exploration and with the sign of the Royal Oak series that symbols brand identity.

I think AP Watch Royal Oak is very suitable for men because it fits for their temperament of machismo. If you like it, don’t hesitate. Even if you don’t like it, you can objectively see the progress and improvement of the brand, because a classic series always has its redeeming features.